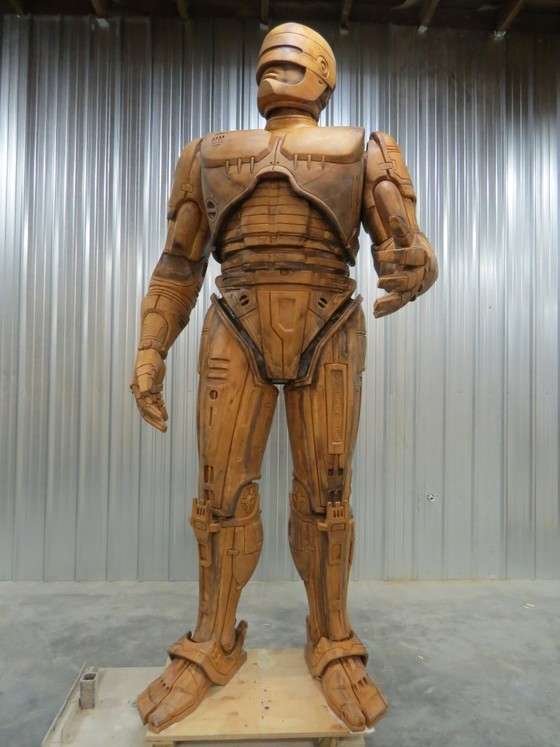 — May 17, 2013 — Art & Design
References: kickstarter & theverge
Share on Facebook Share on Twitter Share on LinkedIn Share on Pinterest
A couple months ago, a Detroit company called the Imagination Station set out to do the impossible: get a monumental Robocop statue erected in the middle of the city. The company began a Kickstarter campaign that eventually made the dream a reality, with donations far exceeding the necessary amount to create such a magnificent statue, coming in at $17,000 above its goal.

With the proper funds, the Imagination Station got to work and recently released the first photos of its RoboCop memorial. Standing well above 10 feet, the statue is resplendent in its robotic glory. The work took a combination of sculpting, 3D scanning, digital enlarging and is about to be sent to Venus Bronze Works for casting.

It seems likely that the finished statue will be even more radiant than it already is.
4.3
Score
Popularity
Activity
Freshness
Access Advisory Services