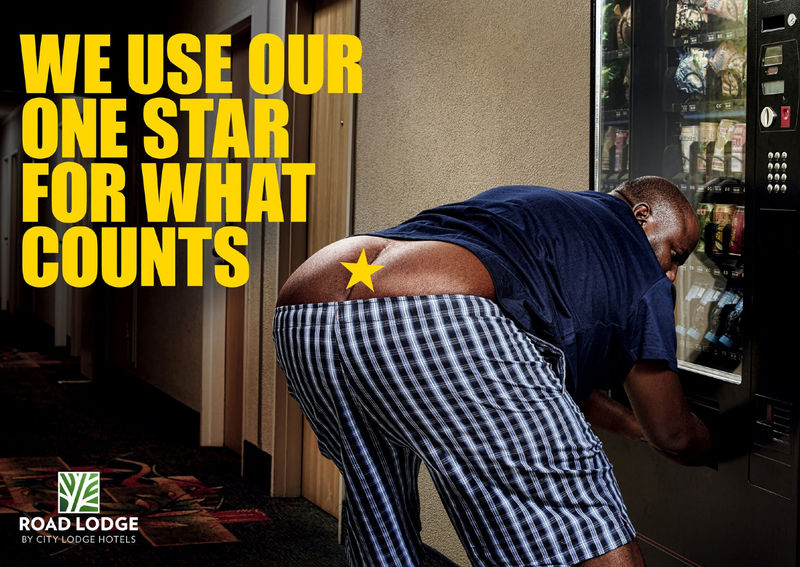 Meghan Young — July 1, 2014 — Marketing
References: tbwa-africa & adeevee
Share on Facebook Share on Twitter Share on LinkedIn Share on Pinterest
The Road Lodge ad campaign creatively embraces its low ranking. As its hilarious slogan states, "We use our one star for what counts." Of course, that statement is only funny when paired with the images of a cavernous butt crack and tongue-wrestling old timers, both of which have been strategically covered with Road Lodge's one star.

Conceived and executed by TBWA \ Hunt \ Lascaris, an ad agency based in Johannesburg, South Africa, the Road Lodge ad campaign may reflect on a crass class, but it appeals to the youth of today. With its lowbrow humor, bold yellow type and 'Jackass'-like imagery, it is hard not to giggle at any age. People will appreciate the Road Lodge campaign enough to book a night or two.
5.7
Score
Popularity
Activity
Freshness
Attend Future Festival Virtual