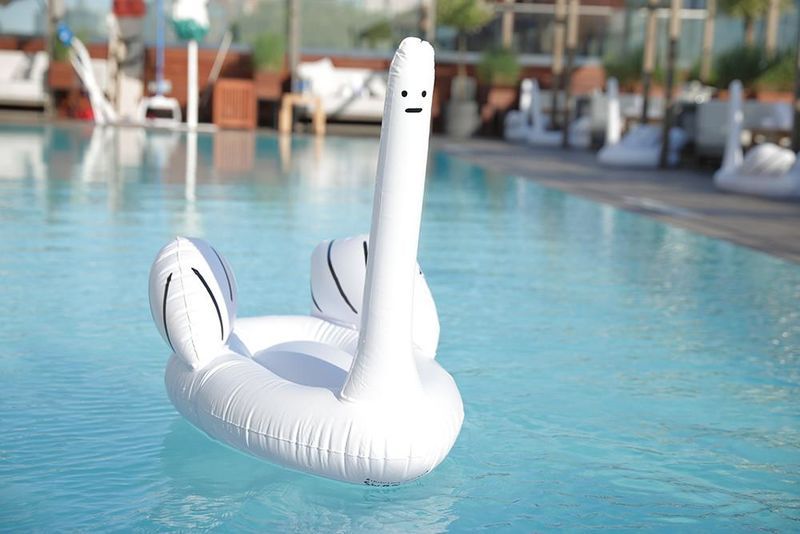 Celebrities have led a surge of poolside photoshoots accompanied by large and luxurious pool floats, typically in the form of glamorous swans. In fact, the decorative flotation devices were so popular, people without access to pools were spending their cash to take part in the social media obsession.

To poke a little fun at the concept, this sweet but unseemly "Swan-Thing" has emerged, enabling social media users to laugh at the craze, while simultaneously enjoying the luxuries of floating around in a pool. Originally a sculpture, the small and confused-looking swan, was turned into a pool float after viewers took such a liking to it.

The hilarious device is sure to get a couple laughs while promising an amusing Instagram-worthy experience.
3.9
Score
Popularity
Activity
Freshness
View Innovation Webinars