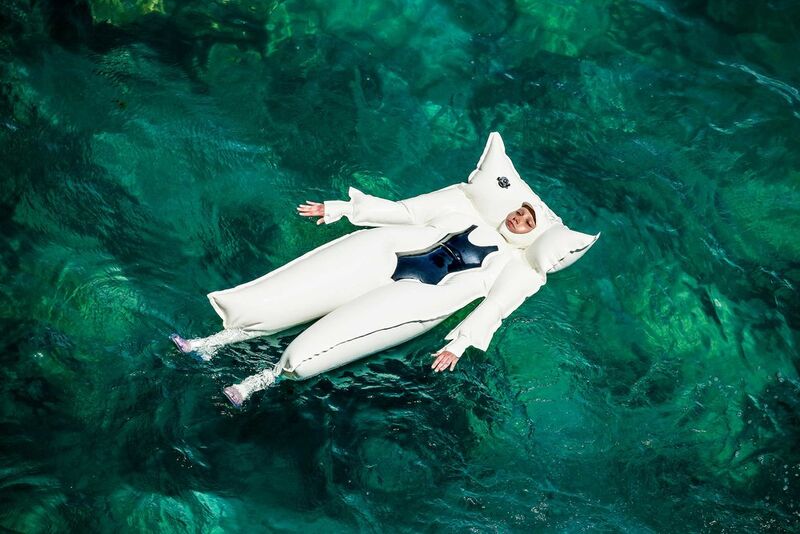 Laura McQuarrie — August 21, 2020 — Unique
References: siigii & wersm
Share on Facebook Share on Twitter Share on LinkedIn Share on Pinterest
Spanish artist SiiGii created an inflatable floating suit that can be used to keep wearers completely protected from the sun. Unlike some floatation devices that leave swimmers totally exposed to the elements, this wearable suit made of latex lets people float on the water, all the while enjoying total sun protection.

The Floating Above Limits suit is part of SiiGii’s collection called S.A.D: Sun Allergy Diaries, which addresses the fact that some people experience a rare skin condition that makes them allergic to sun exposure. As the artist explains, "I grew up on the beach. At age 11, I developed an allergy to the sun which awakened a feeling of artificiality in me. Suddenly I had to start protecting myself from nature… in conflict with something considered so beautiful, nourishing and relaxing."