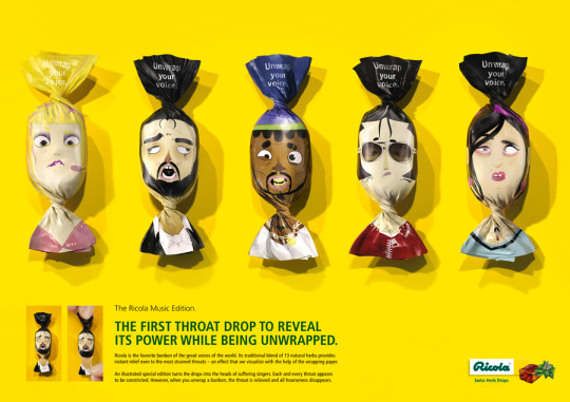 Each wrapper displays a seemingly distressed and sickly looking singer of various genres. There is for example, one lozenge of a blond pop star as well as an Elvis Presley look-a-like. The twisted part of the wrapper is strategically placed so that it looks like there is a knot in the character's neck. Once it is unwrapped, the character's throat, as well as your own, will immediately be alleviated.

Though the taste of the Ricola cough drops may not be the most delectable, this marketing campaign will sure to attract even if just for the adorable packaging.
3.4
Score
Popularity
Activity
Freshness
Attend Future Festival