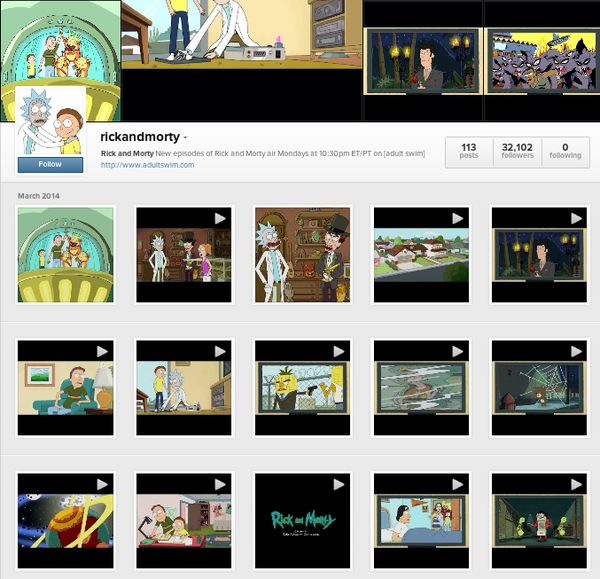 Adult Swim's 'Rick and Morty' Was Launched in Full on Instagram

The feed is organized so that you start at the top and work your way down to the bottom of the episode, which makes logical sense. However, this meant uploading everything in reverse, which was described on Facebook as a "frustrating exercise in audience engagement." Though this may be, it might have been enough to pique people's interests and then get them to watch the whole episode from start to finish once all of the uploads were added.
5.6
Score
Popularity
Activity
Freshness
View Innovation Webinars

Photographic Nail Stickers
NailSnaps Turns Your Fingers into a Gallery