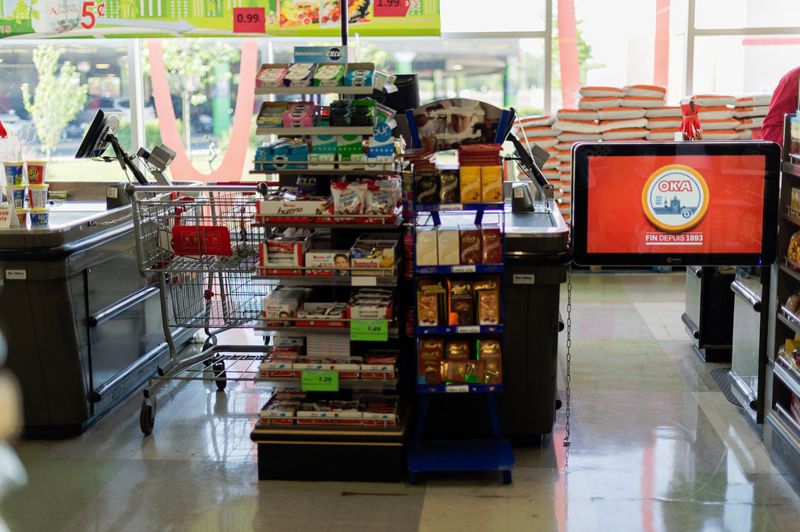 Laura McQuarrie — July 15, 2015 — Business
References: iga & canadiangrocer
Share on Facebook Share on Twitter Share on LinkedIn Share on Pinterest
A new type of digital advertising retail screen is set to make its first appearance at one a Quebec IGA store. The system developed by Impax Media takes the form of a retractable double-sided HD monitor that can be mounted on gates near checkout counters. While shoppers are standing in line waiting to pay, the screens are set to display advertising content, recipe ideas, news as well as customized messages such as in-store promotions.

Impax Media's president Stephen Kucer describes that the system "Helps to increase spontaneous purchases by creating a want and demand among people in the checkout line, which is the holy grail for advertisers because they have a captive audience for nearly three minutes on average."

Since these screens can be moved, they also double as ways to block cashier lanes that are not in use. This also makes the system useful for loss prevention, since it prevents people from exiting through areas that are temporarily restricted.
5
Score
Popularity
Activity
Freshness
Get Better and Faster