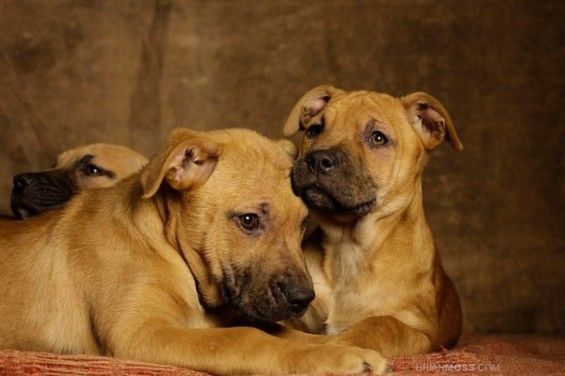 Meghan Young — May 6, 2014 — Lifestyle
References: brianmossphoto.tumblr & beautifuldecay
Share on Facebook Share on Twitter Share on LinkedIn Share on Pinterest
Rescue Me by Brian Moss, a photographer based in New York City and owner of Better Bodies Gym, is a touching photo series about shelter dogs. A big departure from his quirky series revolving around the bodybuilding industry, it brings to light both the need and personality of these neglected animals. They are labelled 'man's best friend' for a reason and thrive on love and companionship, which these particular canines are sorely lacking from.

Through these poignant images, Rescue Me by Brian Moss hopes to encourage people to look past the stereotypes associated with 'strays' and 'owner surrender.' Moss writes how he wants others "to reimagine these cats and dogs as a vital part of their own lives. A second chance."
5.2
Score
Popularity
Activity
Freshness
Get Trend Hunter Dashboard