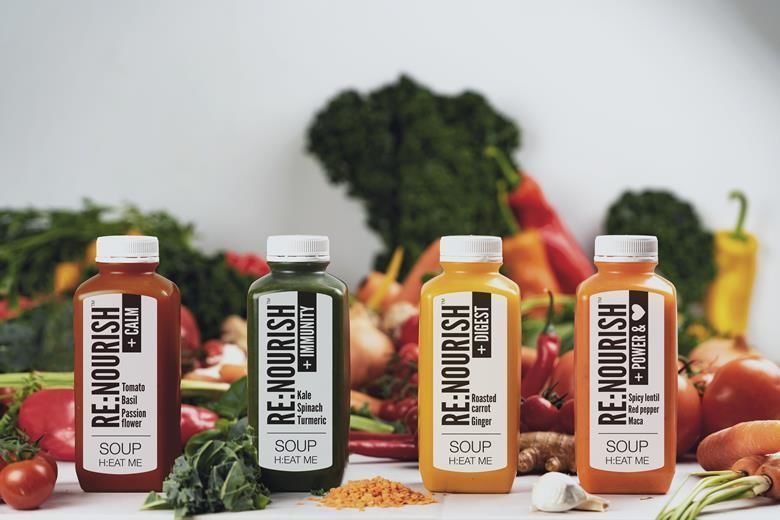 The RE:NOURISH Soups Can be Warmed Up Right in the Bottle

Michael Hemsworth — May 31, 2019 — Lifestyle
References: renourish & conveniencestore
Share on Facebook Share on Twitter Share on LinkedIn Share on Pinterest
Soup isn't traditionally known as a convenient food to consume out of the house, which is something that RE:NOURISH soups aim to change. Packaged in convenient bottles, the soups are intended to be warmed up in its existing container and sipped when running errands or going about your daily routine. The soups come in four flavor varieties including Digest, Immunity, Power & Love and Calm, which are all made with plant-based recipes that are free of sugar, gluten and dairy.

The RE:NOURISH soups were explained by Founder and CEO Nicci Clark who said, "We see soups as the new juices in delivering a flavour-filled experience that is both delicious and healthy. Until now, soups haven’t been the most convenient food as they have to be heated and then decanted; our revolutionary patented packaging changes the status quo as soups can now be heated and either enjoyed straight away, or resealed and transported to eat on the go.”
5.9
Score
Popularity
Activity
Freshness
Jeremy Gutsche Keynote Speaker