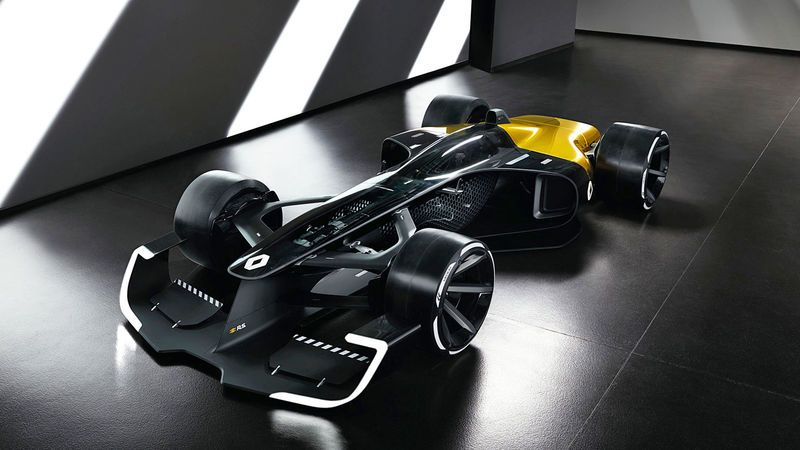 The Renault RS 2027 Vision is Debuting at Auto Shanghai

Joey Haar — April 21, 2017 — Autos
References: engadget
Share on Facebook Share on Twitter Share on LinkedIn Share on Pinterest
The Renault RS 2027 Vision, a concept car currently on display at Auto Shanghai, represents a potential vision for the future of F1 racing. And though the aggressive, death-defying world of F1 might not seem relevant to most people, the future of F1 could be a glimpse at the (slight more distant) future of consumer vehicles.

It can be funny to consider when puttering around in a Volkswagen Jetta or a Renault Clio, but many of the mechanical and technological innovations found in those consumer vehicles and countless others come from the world of F1. Massive consumer automakers like Mercedes-Benz and Renault devote impressive resources to improving their F1 teams, and many of those racing innovations make it into the engines of consumer vehicles. As such, the futuristic Renault RS 2027 Vision can be seen as a glance of the future of public roads, not just private tracks.
3.9
Score
Popularity
Activity
Freshness
Access Advisory Services