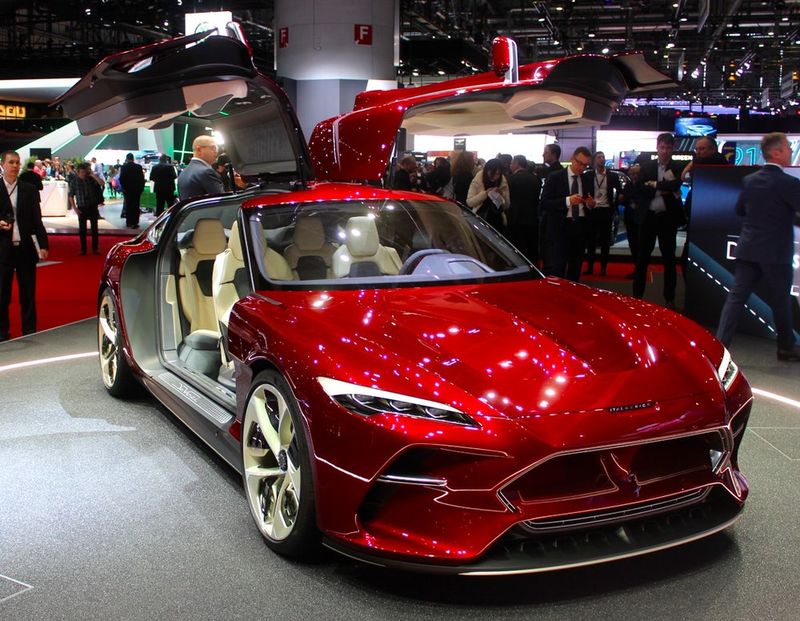 This Supercar Pays Tribute to the Legendary Leonardo Da Vinci

Rahul Kalvapalle — March 7, 2019 — Autos
References: italdesign.it & newatlas
Leonardo Da Vinci is by far the most well-known figure from the Italian Renaissance, which is why his name has been borrowed to adorn the branding of a spectacular new Italian supercar that aims to usher in an automotive renaissance in the supercar segment.

Released by Italian company Italdesign to mark the 500th anniversary of Da Vinci's death, the aptly-named Italdesign DaVinci is a fully electric concept vehicle that was unveiled to a stunned audience over at the 2019 Geneva Motor Show in Switzerland.

What's great about this particular vehicle is that it features an array of subtle design cues that aim to pay tribute to previous Italdesign vehicles, something which will surely be appreciated by the company's die-hard fans.

With a wonderfully elegant shape, all-electric powertrain and attention to design detail, this Italian supercar is an automotive accomplishment that's showing why it's worthy of bearing Da Vinci's name.