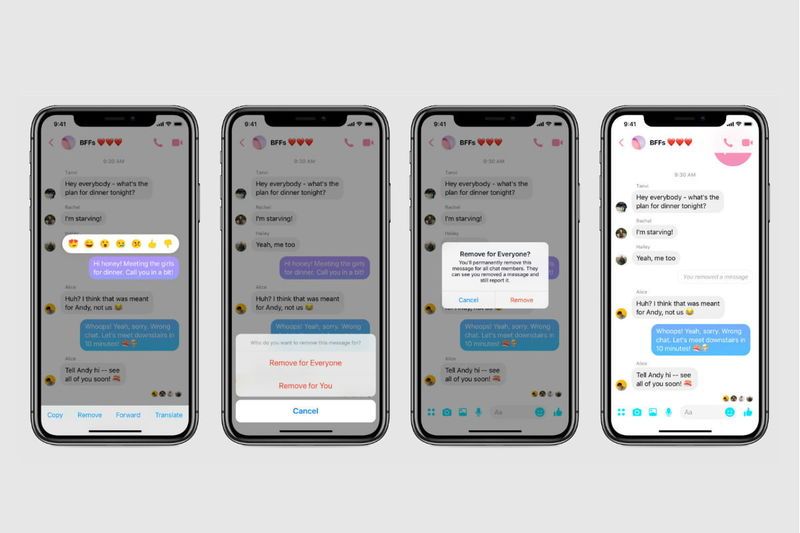 Justin Lam — November 16, 2018 — Tech
References: techcrunch & digitaltrends
Share on Facebook Share on Twitter Share on LinkedIn Share on Pinterest
Embarrassing messages can often lead to catastrophic results, but Facebook's new remove message feature for Messengers aims to end these shameful experiences. While Facebook Messenger previously allowed users to delete messages from their own phone, this new remove message feature gives senders the ability to remove the message from both parties, though they will only have 10 minutes to do so.

Recipients will still have the ability to read the message within those 10 minutes, but once the message is deleted it will be gone for good and recipients will be left with a message notifying a message has been removed. The remove messages feature will be launched in Poland, Bolivia, Colombia, and Lithuania first, with a global release coming out "as soon as possible."