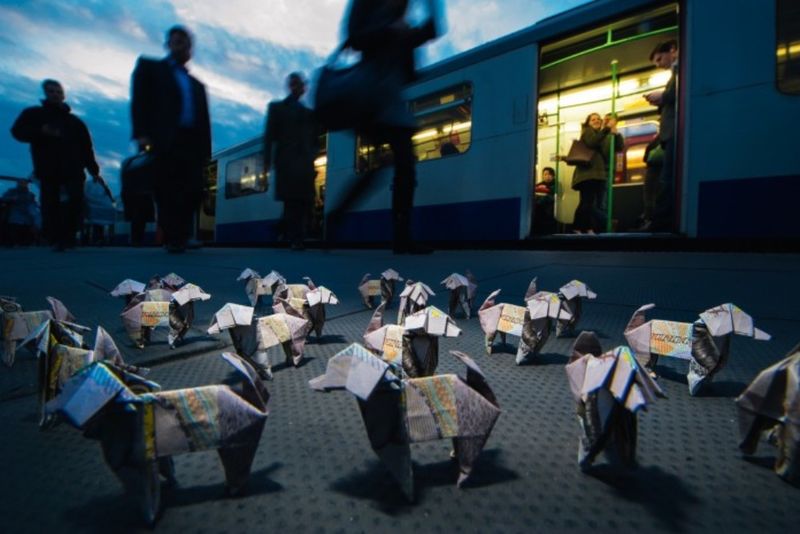 In comparison to brick and mortar insurance retailers, Beagle Street is able to offer insurance at a rate that's about 30% less. In order to communicate that this means more money in your pocket, the company folded 500 origami dogs from £10 notes and sent them out to the streets of London. The gesture is small and simple, but no matter the day of the week or the time of the year, this is undoubtedly an effort that will get people to smile. In the next few weeks, Release the Pounds will also be brought to more cities in the UK.

Although this stunt works perfectly for Beagle Street's purposes, it's easy to imagine that other brands could attempt something similar with fun folded forms.
2.2
Score
Popularity
Activity
Freshness
View Innovation Webinars