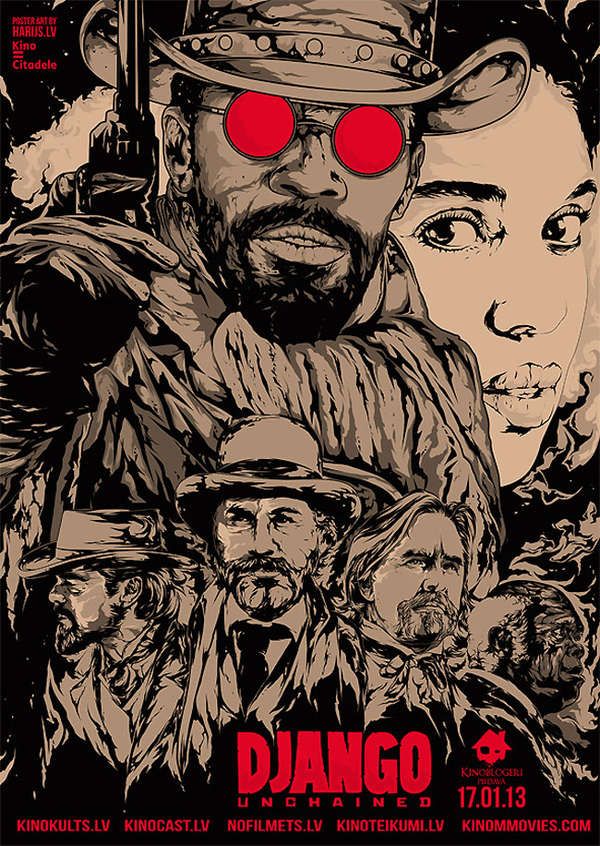 — July 2, 2013 — Art & Design
References: behance.net & lostateminor
Share on Facebook Share on Twitter Share on LinkedIn Share on Pinterest
Latvian-born illustrator Harijs Grundmanis pays tribute to some of the past year's most popular and critically acclaimed films with his new series of re-imagined film posters. Each of his drawings is an artistic take on a photographed film poster. Without the use of photoshop or any other photo-altering tool, Grundmanis has created some hyperrealistic posters that capture perfectly the atmosphere of each of these films.

His most visually arresting poster is arguably that for 'Spring Breakers.' This poster was done completely in bright, neon colors, from orange to pink to blue. The poster depicts a half-naked body from behind, wearing a speedo, and holding a gun near its rear end. The over-exposed and heady atmosphere prevalent in Spring Breakers is portrayed delightfully through this poster, with its hot colors and scantily clad figure.

Grundmanis's works are wonderful examples of film fandom at its best. Films are definitely one of the most affective artistic mediums, staying with people long after they've seen them. Grundmanis's tributary posters prove that, although a film might be dated, it is never forgotten.
6.7
Score
Popularity
Activity
Freshness
View Innovation Webinars