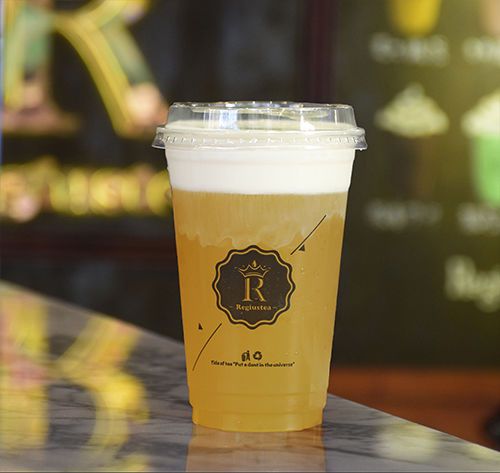 Reguistea offers a variety of iced tea and coffee-based products, many of which are relatively traditional. It also, however, offers teas that contain cheese. The brand offers a few of these beverages, including its Blue King Blueberry which contains cheese, blueberries and purple potatoes that give it it's vibrant hue. It also offers a more traditional Peach Oolong tea, which is made distinct with its addition of a thick layer of cream cheese.