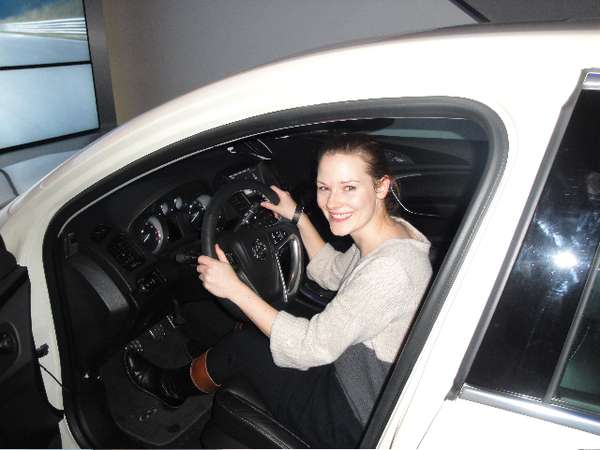 Jonelle Fenton — December 16, 2010 — Autos
References: wiredstore.net & buick
Share on Facebook Share on Twitter Share on LinkedIn Share on Pinterest
(SPONSORED) On December 8th, Trend Hunter had the opportunity to visit the Wired pop-up store ‘Regal Remix’ event in New York City sponsored by Buick. There were so many cool gadgets and toys at the event that it was difficult to decide where to start, but one thing’s for sure – the revitalized Buick Regal was surely the scene-stealer.

With a cool design, high performance and plush interior, the new Buick Regal is definitely not your dad’s old Buick. Under the watchful eye of race car driver Boris Said, we were lucky enough to virtually test drive the sleek new ride and tour the famous Nurburgring race track in Germany, taking sharp turns and even making the car jump with all four wheels off the ground.

Other goodies at the ‘Regal Remix’ event included the Moment of Truth plasma touchscreen. This cool gadget allowed us to comment online and share our thoughts with fans of the car so that we could let people know how much we loved the re-launched Buick Regal.

The Buick photo booth was also another must. After taking a few shots in various racing paraphernalia, we rubbed it in our friends’ faces using the booth’s digital auto-send option, which emailed our pictures to those we knew were slaving away at their desks while we were having the time of our lives at the ‘Regal Remix’ event.