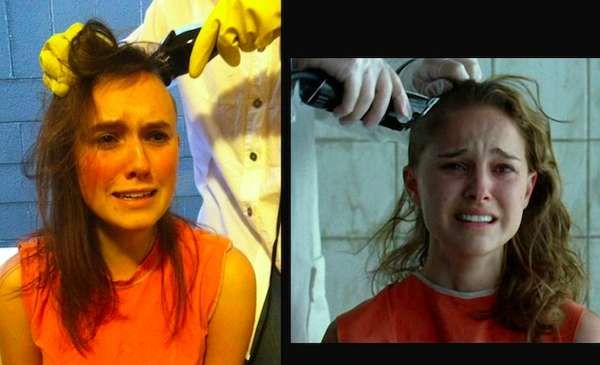 Prior to cutting her tresses off, whistlesandshit remade a series of classic hair cut scenes. Amongst the pop culture scenes referenced were those involving Skrillex, Sinead O'Connor, Anne Hathaway, Joseph Gordon-Levitt and Britney Spears. She did so in an accurate manner, faking tears and uncomfortable moments set before the camera. To get at the characters, she incorporated a variety of props, including prescription glasses and faux piercings.
2.8
Score
Popularity
Activity
Freshness
Access Advisory Services

Mess-Prevention Hair Holders
The Haircut Umbrella Leaves No Strand Behind