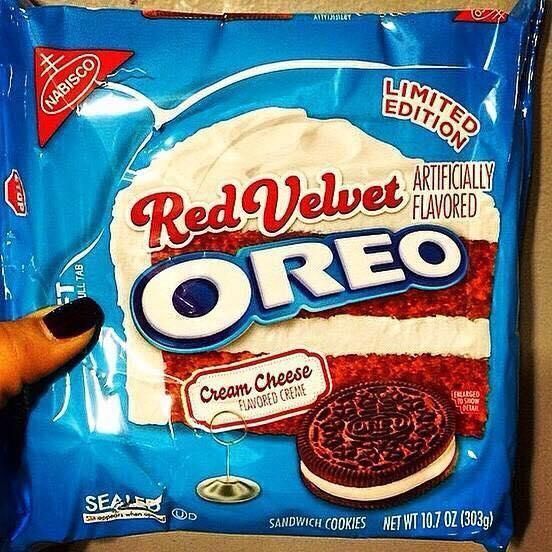 Red Velvet Oreos May or May Not Exist, But They Definitely Should

Alyson Wyers — October 25, 2014 — Lifestyle
References: theverge & thatsnerdalicious
There is much debate around the authenticity of red velvet Oreos. In the past, Nabisco has released a number of differently flavored Oreo cookies, from fried chicken to limeade. An increasing amount of evidence supporting the eventual existence of this cookie is, however, surfacing. Some reports claim the red velvet Oreos will be released as soon as next February. Either way, people everywhere are crossing their fingers.

The limited edition sandwich cookies appear to have a cream cheese flavored creme in the middle with red tinted cookies in the standard Oreo pattern.

In the event they become a thing, someone will need to immediately bake them into a red velvet cupcake on behalf of all humanity.
1.8
Score
Popularity
Activity
Freshness