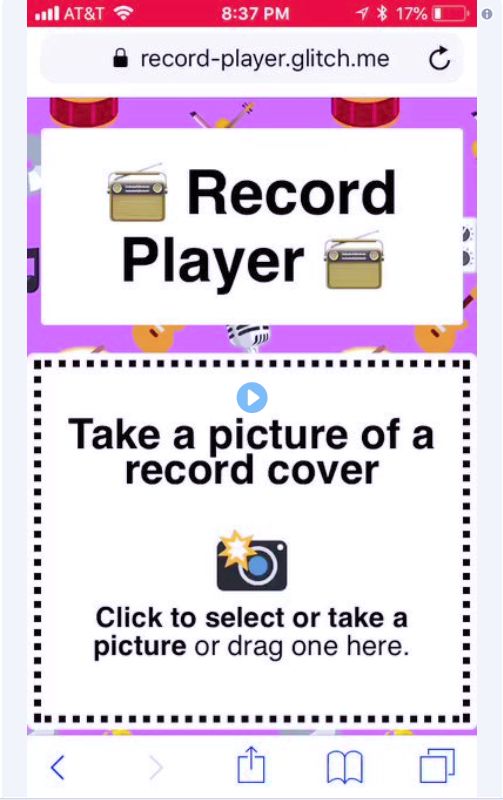 Justin Lam — May 7, 2018 — Tech
References: pitchfork & engadget
Share on Facebook Share on Twitter Share on LinkedIn Share on Pinterest
Most people are familiar with Shazam and its ability to identify music, but Glitch's new Record Player app takes it a step further by giving users the ability to stream music just by taking a photo of an album cover. Designed by Patrick Weaver, the app was built using on Fog Creek Software's collaborative app-building platform, Glitch. While the Record Player app was built using the Glitch platform, the app also utilizes the Google Cloud Vision API and the Spotify API to read and connect to streaming services.

At its core, the Record Player app functions using Google's AI software to identify album covers before connecting it to a streaming service. This basic function drives the utility of the app, but users can also take advantage of the software to match albums to any picture they take. Users can also upload images to the app to match to an album.