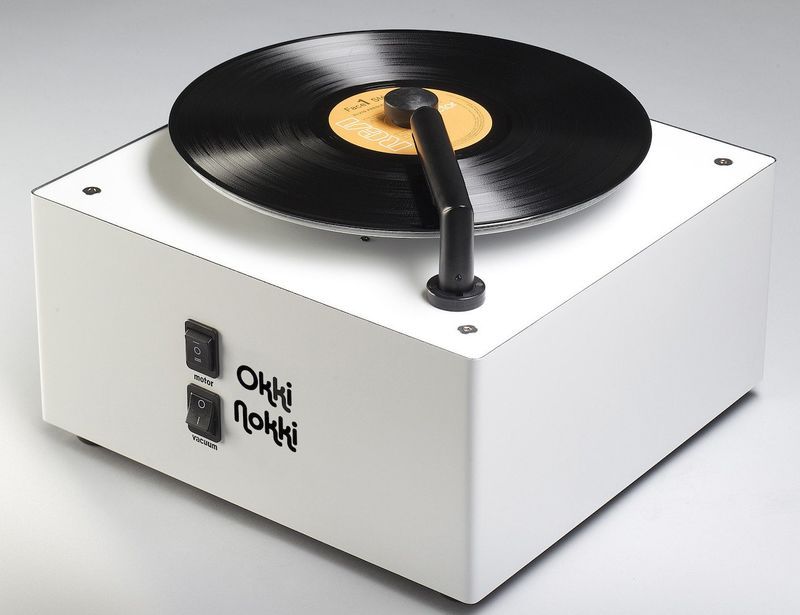 The Okki Nokki works by having a record placed on the unit just like you would with a traditional turntable. After the record has been placed and the machine has been turned on, it will quickly go to work vacuuming up the debris that has settled into the creases of the record. A built-in vacuum works to suction up the debris that is loosened by the user swiping and cleaning the record with the included brush.