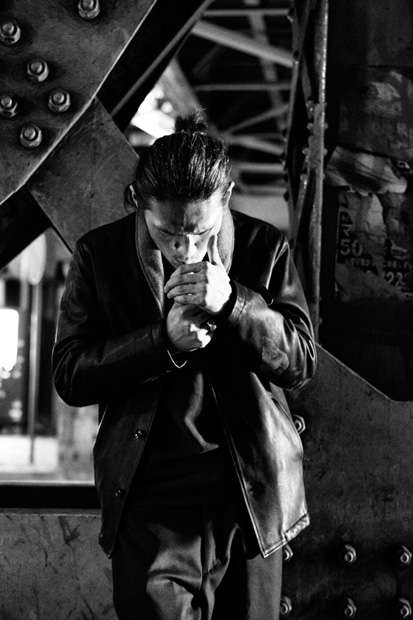 Trenton Millar — September 4, 2012 — Fashion
References: rats.jp & hypebeast
The RATS Fall/Winter 2012 lookbook shows off the brand's signature dark and grungy fashion styling. The lookbook, named BADMOON RISING after the CCR single, is shot on city streets in black and white, which conveys the night time, underground vibe of the collection.

The collection itself includes a range of different types of jackets from waist-length trench coats to jean jackets and leather jackets. The RATS Fall/Winter 2012 collection also includes some great accessories, like an anchor pendant necklace and a skull ring.

RATS creates its clothes around the concept of the underbelly of life -- life isn't always pretty and fashion shouldn't be either. The models in the RATS Fall/Winter 2012 lookbook are seen drinking in the city streets, which is illegal in many places but, at least RATS ensure you look good doing it.
2.7
Score
Popularity
Activity
Freshness