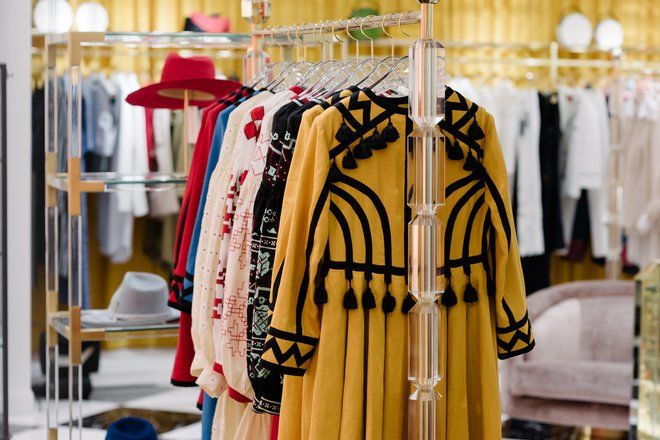 Laura McQuarrie — May 13, 2016 — Fashion
References: instagram & vogue
Share on Facebook Share on Twitter Share on LinkedIn Share on Pinterest
There's a lot of competition between global luxury brands that want to win over the hearts of consumers in Korea, but Rare Market is a concept shop that diverges from
other retailers in this area. This fashion shop caters to consumers who want to stand out and be recognized for their own style, not a designer brand name.

The shop in Seoul was co-founded by two friends who were on a mission to bring obscure designer brands to Korea. As a result, the pair have six annual buying trips, where they bring back an assortment of globally inspired pieces from everywhere from New York to Russia. Co-founder Jessica Jung says: "In Korea, it’s always Chanel, or Louis Vuitton, or Gucci, but now we have people coming in and saying, ‘Oh, what brand is this?'"

As well as having a foothold in Korea among a new generation of style-conscious women, Rebel Market has global appeal—it launched its own in-house line, We11Done, in collaboration with American 'Man Repeller' blogger Leandra Medine.
6.2
Score
Popularity
Activity
Freshness
View Innovation Webinars