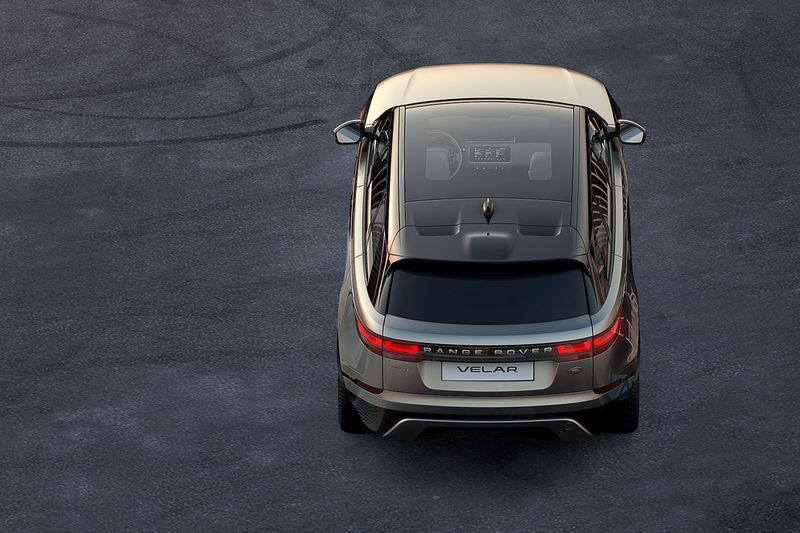 The Range Rover Velar is a Style-Focused Land Rover Model

Joey Haar — February 22, 2017 — Autos
References: media.landrover & digitaltrends
Share on Facebook Share on Twitter Share on LinkedIn Share on Pinterest
Even within the relatively insular world of luxury SUVs, there is a spectrum different vehicles, and the newly announced Range Rover Velar looks to skewed towards the pole of aesthetics and style. Land Rover's lead designer calls the upcoming vehicle "the avant-garde Range Rover" because "it brings a new dimension of glamour, modernity, and elegance to the brand."

The Range Rover Velar takes its name from a interesting piece of trivia buried in the British automaker's origins. When the company was testing its pre-production prototypes, it had no means of camouflaging the vehicles. Thus, rather than spoiling the name of the brand to the public, the engineers covered the Range Rover logo with the word 'Velar', which is a derivation of the Latin 'velare' meaning to veil or to cover.
6.7
Score
Popularity
Activity
Freshness
Jeremy Gutsche Keynote Speaker