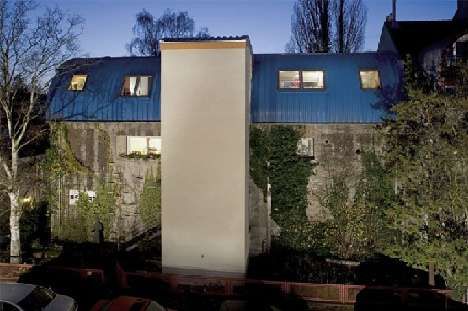 Bianca — September 2, 2009 — Art & Design
References: thelocal.de & treehugger
Share on Facebook Share on Twitter Share on LinkedIn Share on Pinterest
What to do with an old bomb shelter? You could opt for converted bunker architecture! If not a Zero Star Hotel (check it out below), then why not convert these old structures to modern, buzzworthy buildings? That’s precisely what architect Rainer Mielke did in Bremen, Germany.

The images in the gallery show examples of Mielke’s converted bunker architecture; his savvy design touch and stellar ability to see potential in these historical relics is evident when you see the old military shelters transformed into very avant-garde abodes.

“Some 2,000 bunkers still stand in Germany, and Mielke’s project could become an integral part of repurposing the cement structures,” Archnews says.

Weapon Storage Slumber
Hide Your Handguns Under the Bed With BedBunker