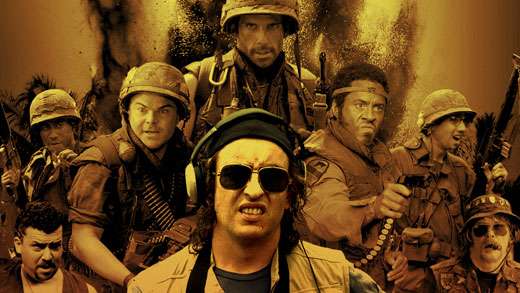 Bianca — July 11, 2008 — Pop Culture
References: tropicthunder & rainofmadness
Share on Facebook Share on Twitter Share on LinkedIn Share on Pinterest
Tropic Thunder hasn’t even hit theatres yet and already Ben Stiller fans can’t hide their excitement for the new flick. Paramount’s clever marketing is no doubt to thank for generating pre-movie buzz. They teamed with the cast of the new movie to shoot a series of goofy promos related to Tropic Thunder.

Rain of Madness, which runs under the slogan, “Before the thunder… comes the madness,” is such a publicity stunt. It’s a spoof documentary by Jan Jürgen, a German who exposes “the frenzy, the insanity and the madness surrounding the filming of ‘Tropic Thunder,’ one of the most ambitious war films ever made.”

As it says on the site, “What will follow is a raw, unedited, look behind the fetid flesh curtain known to you and me as simply ‘Hollywood.’

“Danke you for taking this journey with me.”