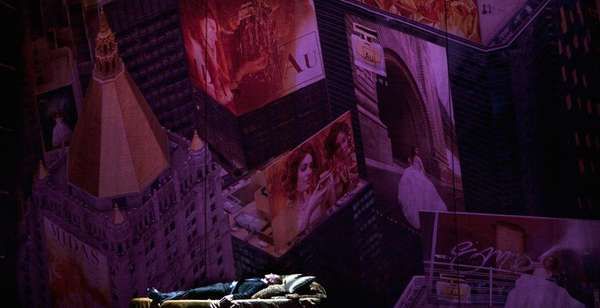 Meghan Young — August 12, 2011 — Art & Design
References: rvapc & fastcodesign
Share on Facebook Share on Twitter Share on LinkedIn Share on Pinterest
In between big architectural projects, famed architect Rafael Vinoly has designed the opera set for the Bard SummerScape. This marks the second time he has taken on a more artistic project, especially one that revolves around the medium of music. This year also marks the first fully staged New York production of Richard Strauss’s 'Die Liebe der Danae,' the show for which Rafael Vinoly exercises his set design skills.

Dark, moody and abstract, Rafael Vinoly channels the premise of the story, which revolves around love and money. With an architectural motif (of course), he creates cinematic backdrops that tie in with the emotional impact each scene has. Considering that Rafael Vinoly was raised in a music-oriented family, it comes as no surprise that he is able to capture the elements of the story so fully.
0.6
Score
Popularity
Activity
Freshness
Get Better and Faster