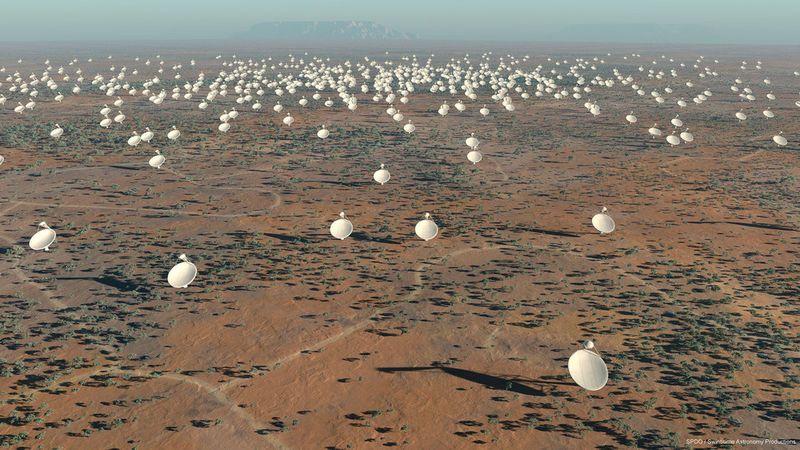 The 'SKA' Has Revealed Over 1,200 Previously Undiscovered Galaxies

Joey Haar — July 19, 2016 — Tech
References: skatelescope.org & digitaltrends
Share on Facebook Share on Twitter Share on LinkedIn Share on Pinterest
The Square Kilometer Array, or SKA, is an incredibly powerful radio telescope cluster spanning from South Africa to Australia. Though not yet fully constructed, a currently operational portion of the SKA, called MeerKAT, has returned an image of space with over 1,300 galaxies in a portion of the sky where only 70 galaxies were thought to exist.

Even though MeerKAT only represents approximately one quarter of the complete SKA, the galactic discoveries it has given scientists make it undoubtedly the most powerful radio telescope in the southern hemisphere today. The image it produced, entitled 'First Light,' captures just 0.01 percent of the sky; upon completion, SKA's scientists expect the radio telescope to be 10,000 times more powerful, meaning it could potentially uncover the complete celestial sphere.
4.4
Score
Popularity
Activity
Freshness
Get the 2023 Trend Report FREE