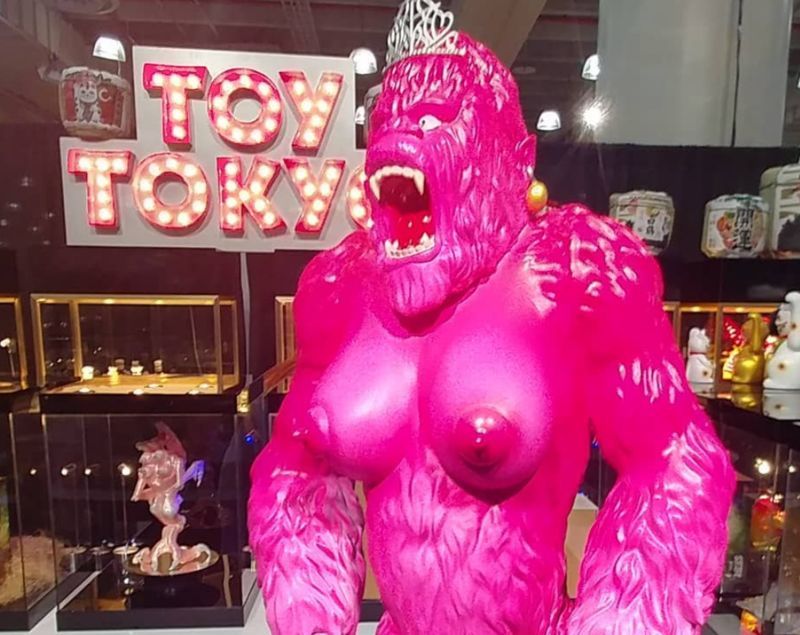 The toy ape is completely overtaken by a vivid hue of hot pink, with only sharp white teeth, eyes, and a silver crown providing some contrast to it. Queen Kong's mouth is open in a menacing manner, exposing all of her sharp teeth, as well as other details that English took the time to include. Apart from the hot pink plastic fur and the silver crown, Queen Kong differs from her male counterpart due to English's inclusion of breasts.

Fans of English can view his new Queen Kong figurine until February 20th at the International Toy Fair.