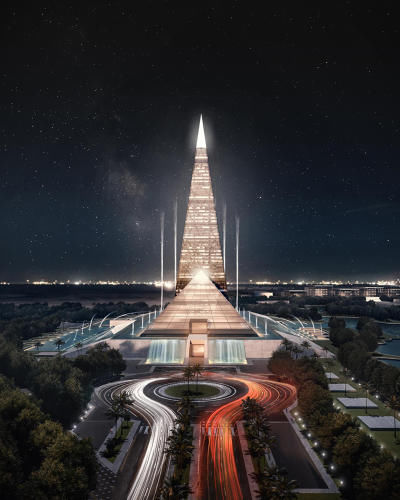 Egypt is Constructing Her Tallest and Most Unusual Skyscraper

Meghan Young — February 28, 2015 — Art & Design
References: thecairopost & fastcodesign
Egypt might be known for the Great Pyramids, but it is attempting to make a more modern statement by constructing the country's tallest skyscraper, which will happen to take on the form of a pyramid building. Meant to be used as a mix of government, commercial and entertainment space, the pyramid building will soar high as a skinnier version of its ancient predecessors.

By bringing such a proposal to life, this unusual pyramid building will refresh the world's view of the country and the city of Cairo. With as much political strife as it encounters on a daily basis, the news of this architectural feat brings a positive light to the country that it otherwise lacks on a daily basis. It's hard not to be enamored by the idea of a tall pyramid building.
4.1
Score
Popularity
Activity
Freshness