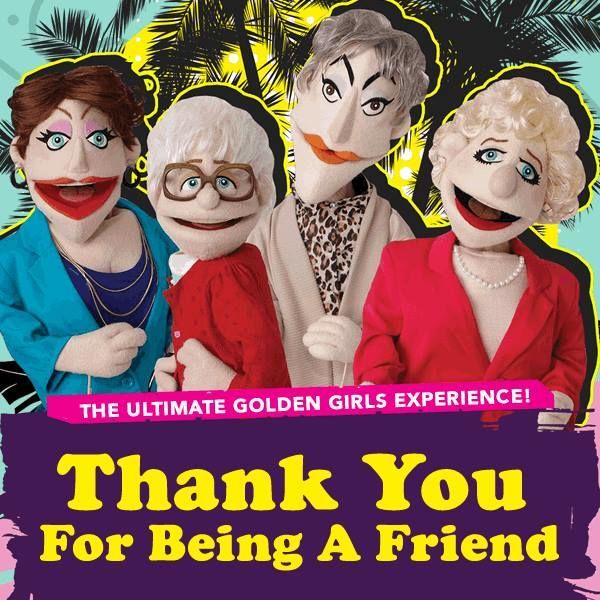 Katherine Pendrill — July 12, 2016 — Pop Culture
References: facebook
Share on Facebook Share on Twitter Share on LinkedIn Share on Pinterest
Toronto's Al Green Theatre is set to bring back the biting comedy of the Golden Girls in puppet form. While Dorothy, Sophia, Rose and Blanche may have been off the air for some time now, this play will bring back the joke-cracking friends in the form of a hilarious live puppet show.

From July 29th until September 24th, the Al Green Theatre will host a Golden Girls tribute show that delivers "all the classic dialogue, razor sharp gags and taboo-breaking stories you'd expect!" For die hard fans of the show, the theater will even offer VIP Kitchen Table Seating complete with a tablecloth and cheesecake for each guest.

For those who have always wondered what Dorothy, Sophia, Rose and Blanche might sound like in puppet form, this Golden Girl's experience is the perfect opportunity.
1.7
Score
Popularity
Activity
Freshness
Attend Future Festival