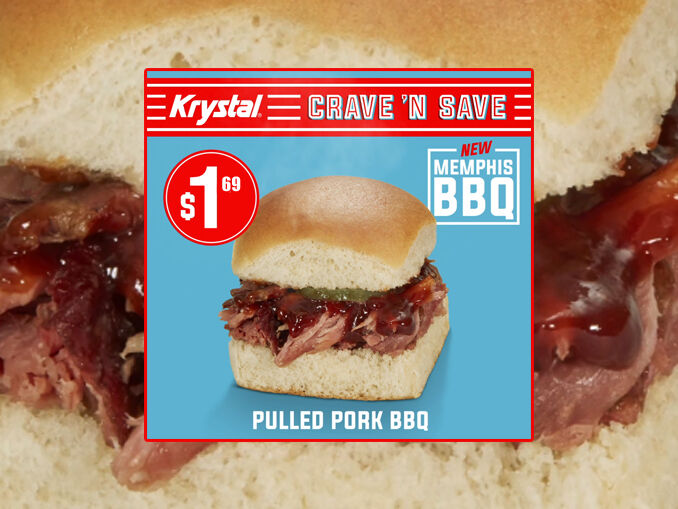 The new Pulled Pork Memphis BBQ Slider is set to debut on Monday, August 31, 2020, and is part of a joint collaboration between Krystal and the National Pork Board. The new slider celebrates Krystal's Southern roots by taking slow-smoked pork slathered in Memphis barbecue sauce, and pairing it with pickles on a freshly steamed slider bun. The result is a sweet and savory creation that's bursting with flavor.

To pair with the new Pulled Pork Memphis BBQ Slide, Krystal has also debuted a new Watermelon Slushie, which is made with a mix of Sprite, crushed ice, and sweet watermelon syrup.