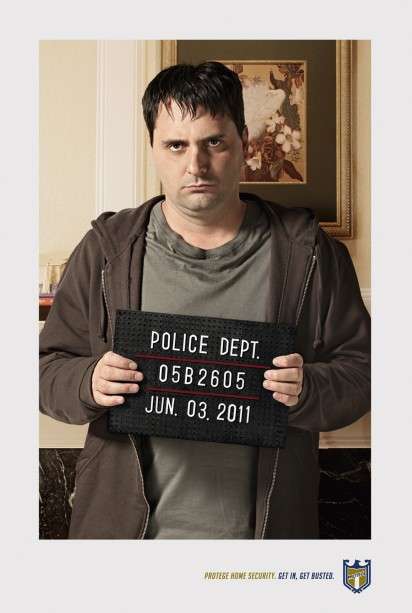 Meghan Young — May 17, 2012 — Marketing
References: lewlaratbwa.br & ibelieveinadv
Share on Facebook Share on Twitter Share on LinkedIn Share on Pinterest
The Protege Group campaign gets the message across in as direct and straight-forward a way as possible. Instead of focusing on the features and overall feeling of safety this home security system provides, it shows its true benefit. It gets the job done by busting burglars before they have a chance to run off with anything of value--and that includes people's lives.