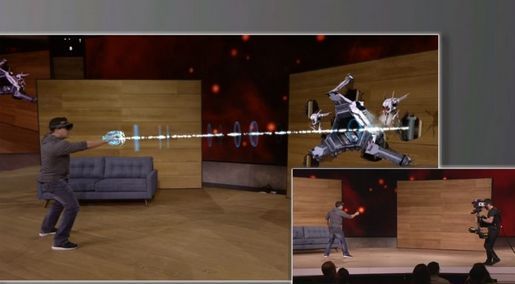 Microsoft's Project X-Ray is the Future of Immersive Gaming

Rahul Kalvapalle — October 7, 2015 — Tech
References: microsoft & gizmag
Share on Facebook Share on Twitter Share on LinkedIn Share on Pinterest
When I was a kid and playing around on a handheld Tetris game, I would've laughed pretty hard if you told me that someone would come up with this thing called Project X-Ray where you can wear a hologram and take part in virtual gaming in any old living room. But that's exactly how far gaming technology has come.

Microsoft is clearly exuberant and ambitious when it comes to taking over the immersive gaming space, and that was made clear at an event in New York where Project X-Ray's wearable holograms were demonstrated via the HoloLens augmented reality setup. The wireless, untethered and self-contained system made it possible to enjoy mixed reality gaming, wherein players can actually see and engage with enemies emerging from holes in the wall but moving within the confines of the actual physical room.