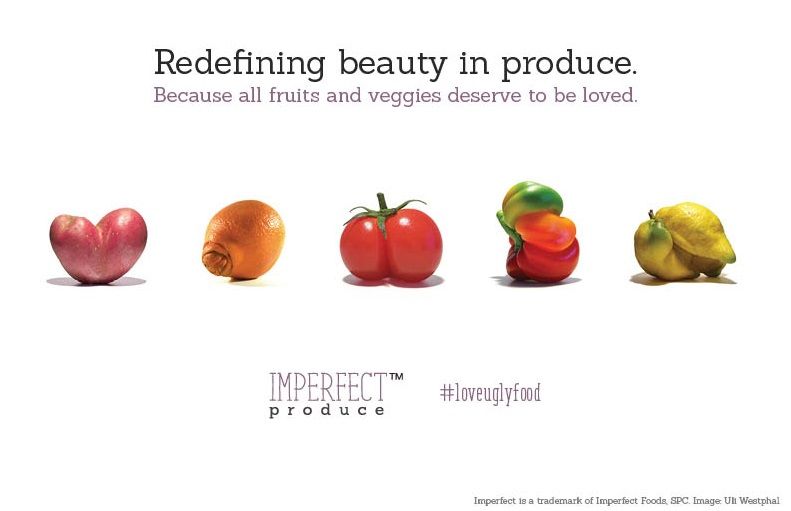 Laura McQuarrie — May 21, 2015 — Eco
References: imperfectproduce & psfk
Share on Facebook Share on Twitter Share on LinkedIn Share on Pinterest
World hunger remains a huge issue, but so does produce waste—mostly because in many parts of the world, the shiniest and most perfect fruits and vegetables get prime placement for selling. Often, ugly produce is disregarded solely based on its odd or misshapen looks.

Imperfect is a new startup that is teaming up with Californian farmers in order to package, brand and sell unusually shaped produce at a price that's between 30 to 50% of what you'd normally pay at the grocery store. The program is a win for everyone: farmers get the revenue they deserve, shoppers save on costs and there's less methane gas released into the environment from huge amounts of wasted, rotting produce.

While Imperfect is working directly with California farmers at the source, grocery stores like Canada's Loblaws and France's Intermarché have also started campaigns to rebrand ugly produce as beautiful and sell it at discounted prices.
3.9
Score
Popularity
Activity
Freshness
Attend Future Festival