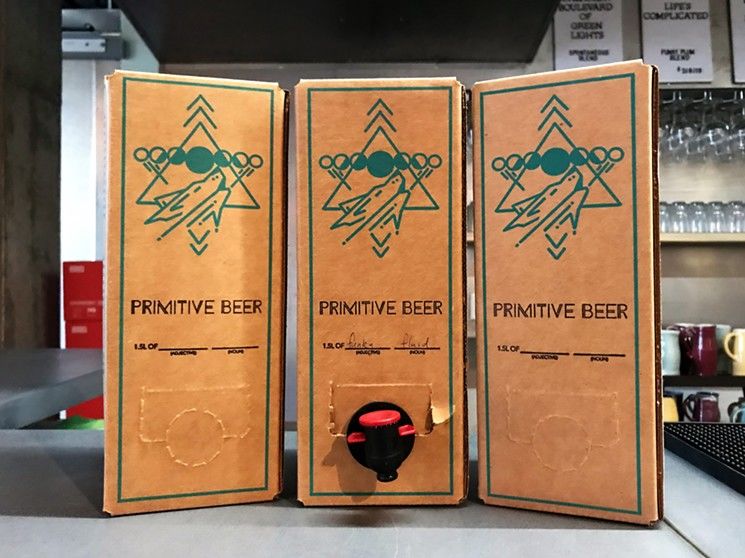 Primitive Beer Will Soon Be Launching Its Belgium-Inspired Sour Beer

Justin Lam — April 13, 2018 — Lifestyle
References: westword & thedrinksbusiness
Share on Facebook Share on Twitter Share on LinkedIn Share on Pinterest
The boxed booze movement is regaining momentum as Primitive Beer plans to launch a new range of Iambic-style sour beers in 1.5-liter bags in boxes. Primitive Beer, a side project launched by some of the staff at Lafayette-based brewery Odd13, originally created its sour beer while trying to recreate a style popular in Belgium. The spontaneously fermented beers differ from conventional brews as they are aged in wood casks from between nine months to three years, some are even combined with fruit or hops. These beers are generally served completely flat and feature a unique taste that is often unseen in conventional beer.

The base beer set to be sold in boxes will be Primative Beer's Unbroken Boulevard of Green Lights. This will be the first beer-in-a-box sold by the brewery, but it is not the first boxed beer ever sold. That distinction goes to Golden Pacific Bittersweet Ale which was first sold in the 1980s.