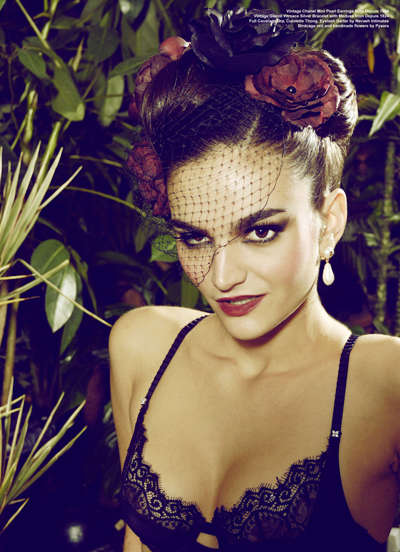 Meghan Young — May 11, 2013 — Naughty
References: prestige-international.fr & fashionising
Lush and exotic, the Prestige International Magazine 'Eden' editorial could easily be mistaken for the Biblical place in which humans lived forever in peaceful paradise. Of course, it looks like 'Eve' has taken a bite of the forbidden fruit. Model Alissandre is incredibly sultry throughout the photoshoot. Clad in delicate lace, soft satins and passementerie lining, she looks like she is on the prowl for Adam.

The Prestige International Magazine 'Eden' editorial was shot by photographer Dalton Louis. The sexy lingerie looks were put together by New York-based stylist D.Webb. Captured against a backdrop of fresh forest greenery, the looks were perfected with a flawless face by makeup artist Jitka Kluglova and glossy hair by Laure Vignola.
4.9
Score
Popularity
Activity
Freshness