The Economic Power of Women 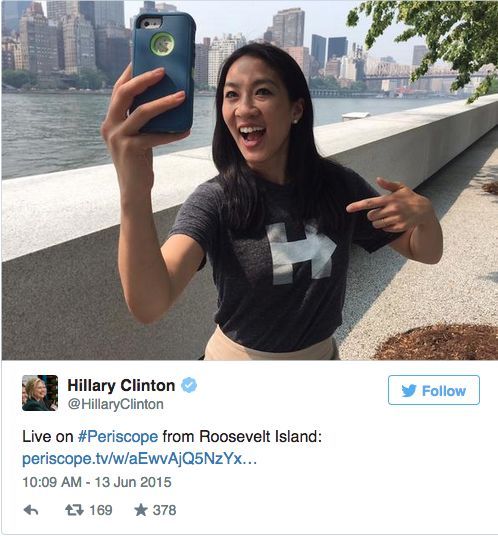 Meghan Young — June 15, 2015 — Pop Culture
References: hillaryclinton & theverge
Share on Facebook Share on Twitter Share on LinkedIn Share on Pinterest
Hillary Clinton is changing the game in many ways -- most recently, and probably most notably, through her first major presidential campaign rally. Streaming it on Periscope, she shows that she will be reaching out to younger generations just as President Barack Obama has been doing. Hosted by Olympian Michelle Kwan, the contemporary presidential campaign embraces the social media's fast growing user base in a smart way.

In her presidential campaign rally, Hillary Clinton spoke broadly about her platform, "extolling the nationwide benefits of a solid middle class, a strong economy, and a powerful system of national security," writes The Verge. Hillary Clinton says, "No other country is better prepared to thrive in the 21st century."
3.1
Score
Popularity
Activity
Freshness
Get Trend Hunter Dashboard