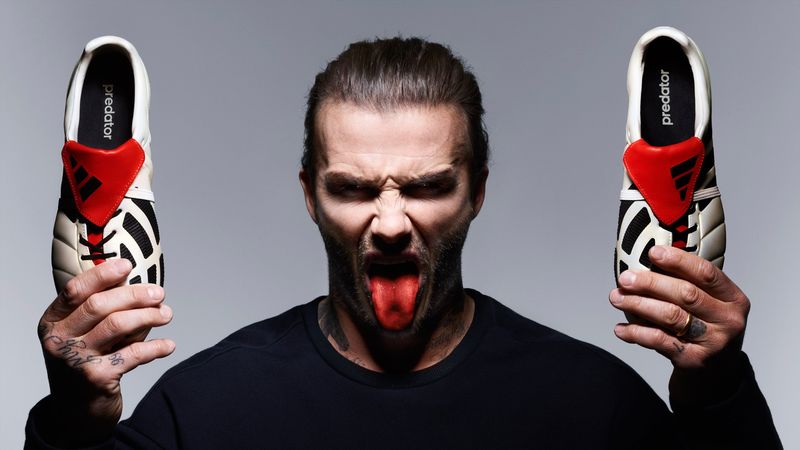 Joey Haar — May 6, 2017 — Fashion
References: adidas & dezeen
Share on Facebook Share on Twitter Share on LinkedIn Share on Pinterest
At the 2002 World Cup, England's most famous baller, David Beckham, sported a striking pair of boots called Predator Mania. Now, 15 years after those boots took the football world by storm, Adidas has once again teamed up with Beckham to re-release the iconic cleats.

The new Predator Mania boots look like spitting images of the originals, only with some updated sports technology. They now include Adidas' SprintFrame, a lightweight chassis that gives stability without hindering athletes' mobility. As with the originals, though, the new Manias feature molded plastic turf cleats, cream sides, and a bright red tongue.

The Predator Mania has been released in tandem with a few other Adidas running shoes that share the same color scheme, and these are all part of the "champagne pack" that celebrates Beckham's 42nd birthday.
4.3
Score
Popularity
Activity
Freshness
Get Trend Hunter Dashboard