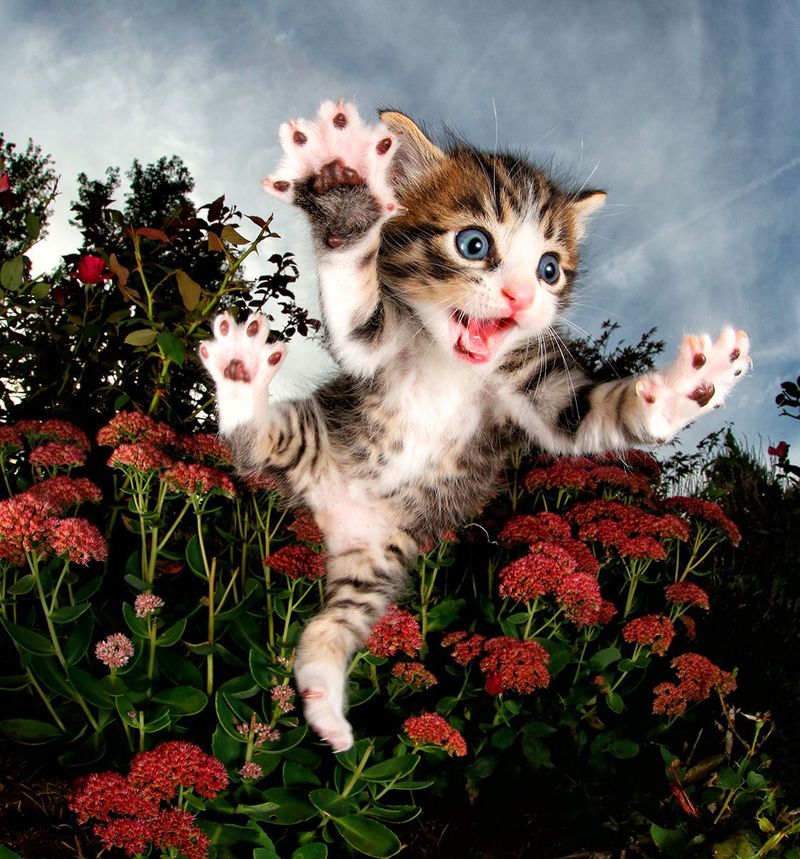 Joey Haar — October 18, 2016 — Lifestyle
References: sethcasteel & mashable
Share on Facebook Share on Twitter Share on LinkedIn Share on Pinterest
If the internet has shown society one thing beyond a shadow of a doubt, it's that people love pictures of cats, so Seth Casteel's new coffee table book, called POUNCE, is really just giving the people what they want. The book features images of cats and kittens leaping through the sky, pouncing at the camera, and frolicking in general.

Though POUNCE is something of a novelty book, it has a noble purpose. All of the cats and kittens featured in the photography book come from rescue groups across the US and Canada, and they were either available for adoption or newly rescued during the shoot. As the press release for the book notes, it is grounded by "Casteel's commitment to showcasing animals who are in need of human love, attention, and care."
6.7
Score
Popularity
Activity
Freshness
Attend Future Festival Virtual

Robotic Viewpoint Publications
'Above the World: Earth Through a Drone's Eye' is Breathtaking