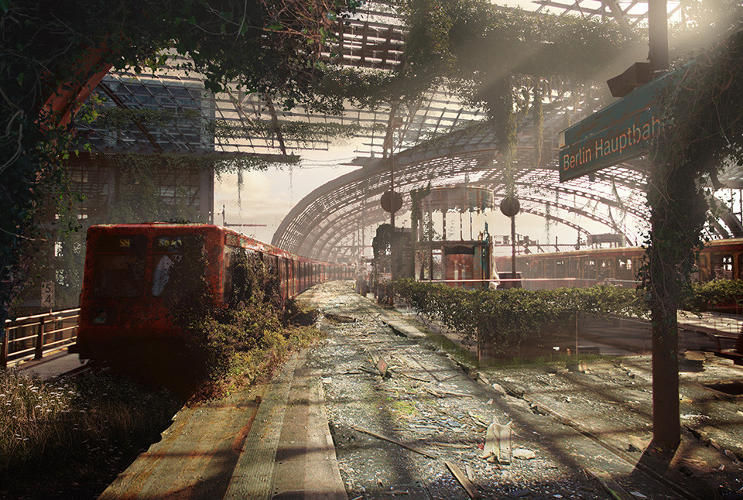 These Digital Paintings Imagine Famous Landmarks Taken Over by Fungus

Vasiliki Marapas — August 8, 2014 — Tech
References: artofjohnwalters & fastcodesign
Share on Facebook Share on Twitter Share on LinkedIn Share on Pinterest
In honor of the remastered edition of 'The Last of Us,' a PlayStation game that is recognized for its realistic post-apocalyptic graphics, Naughty Dog artists John Walters and Peter Baustauer have created a series of images depicting what famous landmarks would look like in the wake of a zombie take-over. This includes monuments such as the Roman Colosseum, Buckingham Palace and the Eiffel Tower.

In a world where zombie apocalypse games are a dime a dozen, the premise of The Last of Us is original because the apocalypse is kick-started by a fungus, making the world appear as though it's crawling with Corycep spores.

It's even more haunting than other post-apocalyptic renderings, because besides losing any signs of humanity, these abandoned buildings look as though they are on the brink of decay.