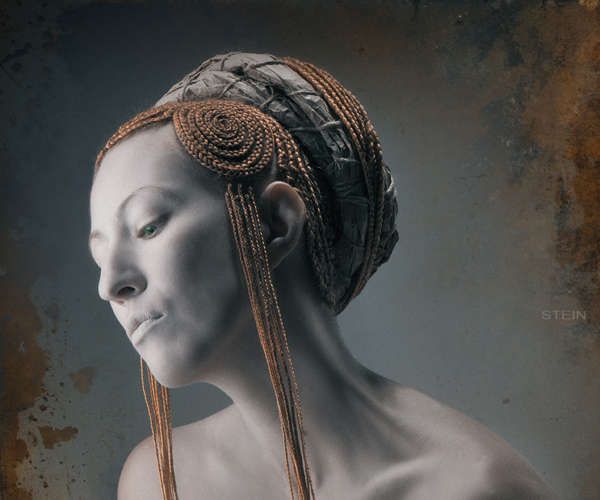 Meghan Young — April 10, 2013 — Fashion
References: braidart.info & behance.net
Share on Facebook Share on Twitter Share on LinkedIn Share on Pinterest
The photo series titled Portraits with Hairstyles by Petr Dmitriev, an art director hailing from Saint Petersburg, Russia, darkly portrays primitive looks that are more sculptural than everyday. Like works of art, the hairstyles captured in each shot will trigger sets of emotion in viewers, especially since they do not conform with what is deemed acceptable beauty today.

Captured in collaboration with fellow Russian photographer Vadim Stein, Portraits with Hairstyles by Petr Dmitriev is shot predominantly in black and white. This adds an air of age and mystery to each image, which goes hand-in-hand with the subject matter. Although it embraces rather strange and shocking coiled and braided hairstyles, people will be drawn to the series.
6.4
Score
Popularity
Activity
Freshness
Get the 2021 Trend Report FREE