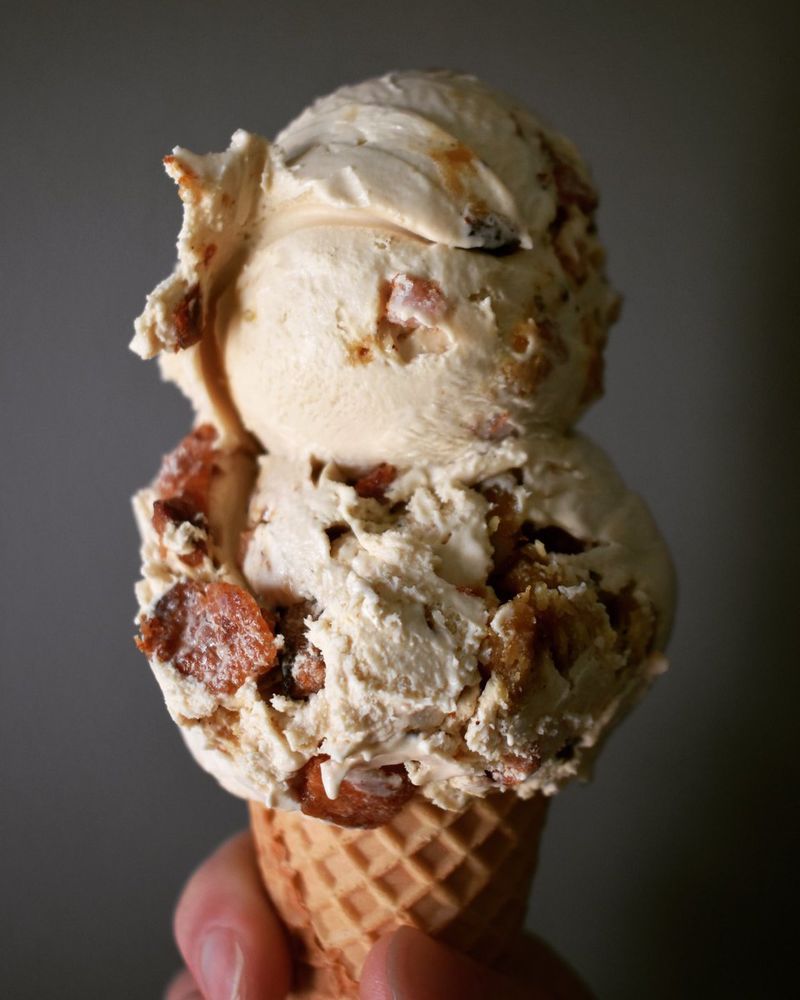 Justin Lam — May 7, 2018 — Lifestyle
References: huffingtonpost & eater
Share on Facebook Share on Twitter Share on LinkedIn Share on Pinterest
Salty-and-sweet is a common flavor combination, but New Jersey-based Windy Brow Farms has taken it a step further with its Pork Roll Ice Cream. This strange sweet-and-salty treat hides nothing in its name as it incorporates bits of processed pork product, known as pork roll, into a maple syrup and french toast ice cream. Pork roll, a beloved New Jersey food, often has a reputation of being quite salty, but this quality makes it ideal in the dessert, as it is undercut by the sweetness of the ice cream.

The Pork Roll Ice Cream begins with cooking the meat in an oven and pan to caramelize the meat. It is then topped with cinnamon and sugar before being introduced to the maple syrup and french toast base. According to Windy Brow Farms, each two-gallon carton of Pork Roll Ice Cream will contain two and a half pounds of crispy pork roll bits.