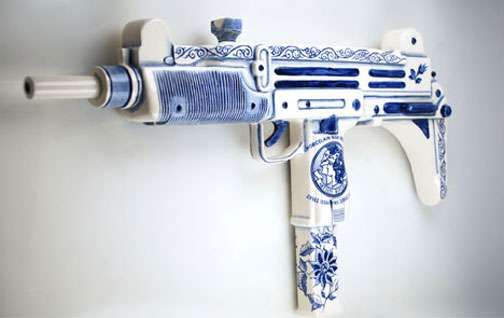 The Seattle-based artist utilized the traditional art of Delftware (a form of blue and white painted pottery originating in Netherlands) to beautify warfare and other man-made catastrophes.

It's interesting how he was able to subdue the strong concept of violence using traditional pottery, calligraphy and floral elements.