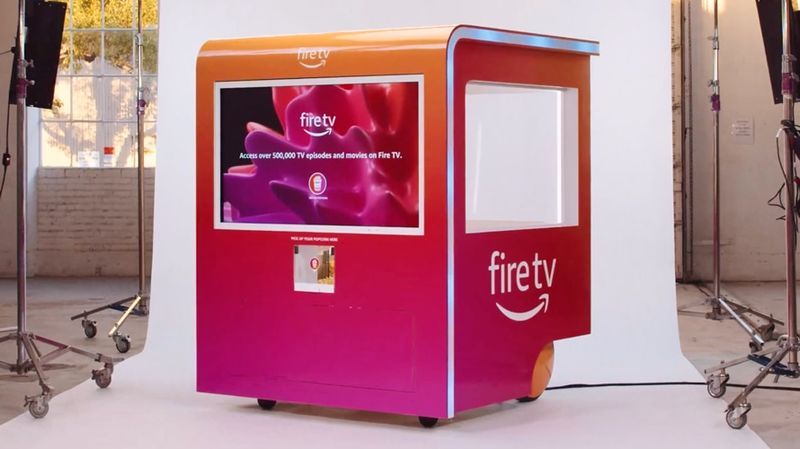 Laura McQuarrie — July 4, 2019 — Pop Culture
References: dotdotdash.io & adweek
Share on Facebook Share on Twitter Share on LinkedIn Share on Pinterest
As part of an Amazon pop-up experience in New York City, Dotdotdash created a robotic popcorn machine to promote Amazon's Fire TV. At the event, people had the chance to select snacks and toppings based on their favorite TV genre—with sweet and savory flavors representing different categories. The fusion of robotics and food vending was created to make the enjoyment of a classic snack a work of entertainment in itself, especially as the robotic popcorn machine boasts the ability to scoop, shake and serve popcorn.

At the activation, Dotdotdash also created a room with virtual reality to immerse visitors in content from Amazon, as well as Dolby’s sound system.