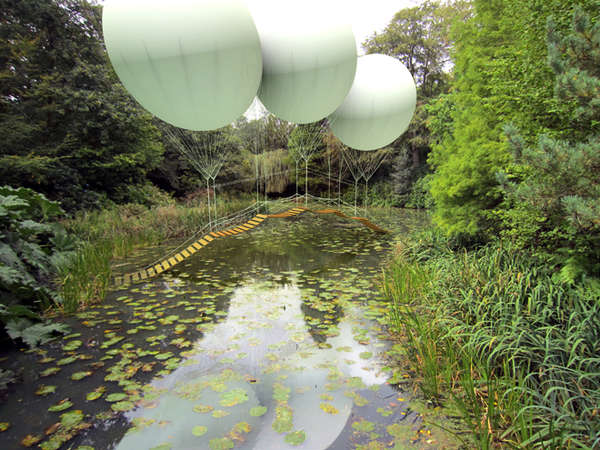 Meghan Young — November 8, 2012 — Unique
References: documentsdartistes.org & neatorama
The Pont De Singe installation is a bridge suspended with the help of three large helium balloons. As though straight out of a dream, it hovers above the picturesque lake in Tatton's Japanese Garden in the United Kingdom.

Toying with the disciplines of design and engineering, the Pont De Singe installation was created by Olivier Grossetete, an artist based in Marseille, France. It is a continuation of one of his previous pieces titled Pont Suspendu, which involved a similar bridge and balloon structure that floated way above the Château Ferry Lacombe in Tret, France.

As though it is a bridge between dream and reality, the Pont De Singe installation provides people with a connection to their childhood in which everything was possible and nothing impossible.
1.9
Score
Popularity
Activity
Freshness