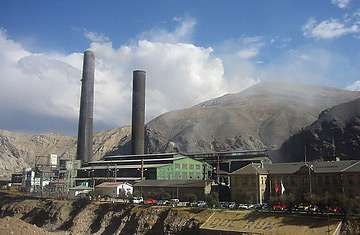 TheTop 10 Most Polluted Cities in the World

wang fangqing/ Frances Wang — April 27, 2009 — Eco
References: time
Share on Facebook Share on Twitter Share on LinkedIn Share on Pinterest
Next time you pack your suitcase for one of these 10 majorly polluted cities, don't forget to pack a mask. Actually, a mask is not enough; you better also bring a few gallons of fresh water. The 10 most polluted cities, according to TIME magazine, are all dotted in emerging countries in Asia, Eastern Europe, South America and Africa, including China, India and Russia.

International buyers have a high chance of visiting these places, so it’s important to know what kind of pollutants await them.

For example, Linfeng city in China’s Shanxi province, the nation’s coal mining center, has the worst air in the country due to the automobile and industrial emissions, according to China’s State Environmental Protection Agency.

While over 3 million people in Linfeng are suffering from the coal and particle-filled air, around 71,000 residents in Vapi, India are victims to heavy metals and chemicals, which are also from local industries. Levels of mercury in the city’s groundwater are reportedly 96 times higher than WHO safety levels.

La Oroy in Peru is definitely a dead zone for kids. Almost every child there is exposed to outrageous lead pollution from the smelters. 99 percent of children have blood levels exceeding the WHO limit.
1.9
Score
Popularity
Activity
Freshness
Get the 2021 Trend Report FREE