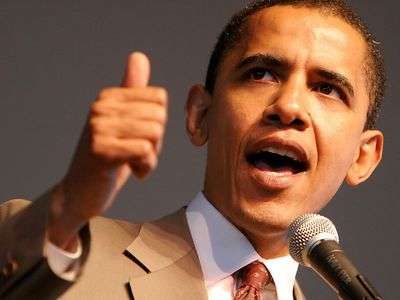 Thousands of micro-blog posts on Twitter congratulated Obama, America’s 44th President and the first black American to be sent to the White House.

SpaceyG said: "Congratulations President-Elect Obama. It feels great to be an American today!!!!! :)"

EgonHeidendal said: "congratulations on an amazing victory, yes we can!"

Analysts have called the Obama campaign the most advanced, well executed campaign in US history. They point to the use of new media, blogs, YouTube, Facebook, text messaging and email marketing as just a few of the online tools that helped Obama organize - and win - this historic election.
1.3
Score
Popularity
Activity
Freshness
Get the 2023 Trend Report FREE