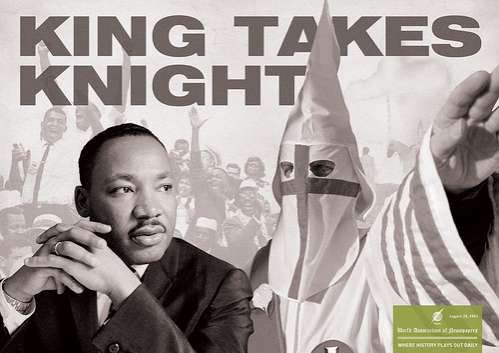 The first image in the gallery shows the assassinated civil rights leader Martin Luther King Jr. and a member of the hated racist group, The Knights of the Ku Klux Klan. It has "King Takes Knight" as its chess-referenced tag line.

The following image has ex British Prime Minister Winston Churchill who is chiefly noted for his leadership in the United Kingdom during World War III, and Nazi butcher Adolph Hitler. The two are pictures playing the popular hand game “Rock, Paper, Scissors,” where Churchill’s scissor is seen beating Hitler’s paper.

Finally, a blinded president George W. Bush displays his incredible ineptitude as he is shown next to terror mastermind Osama bin Laden in an ad that has “Hide and Seek” as its tag line.
2.7
Score
Popularity
Activity
Freshness
View Innovation Webinars