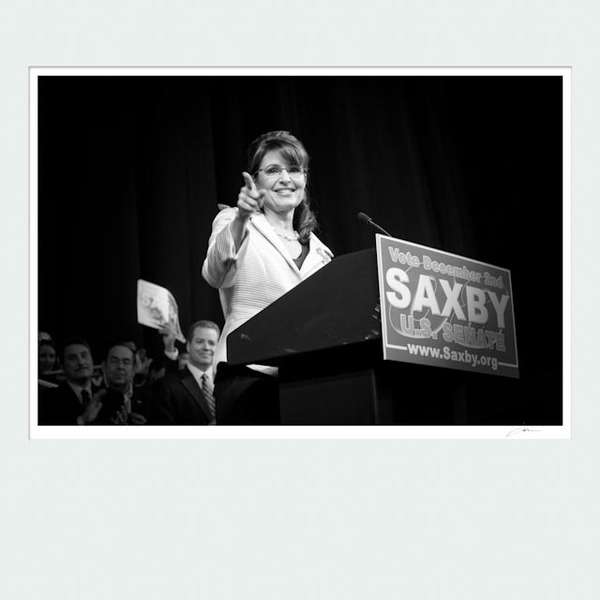 Kamal Musharbash — December 23, 2010 — Pop Culture
References: behance.net & photographyserved
Share on Facebook Share on Twitter Share on LinkedIn Share on Pinterest
A career in diplomacy within the United States does seem quite dramatic; however, Doug Coulter was able to get behind the scenes with his series of political photographs. Famous Vice President candidate Sarah Palin was photographed several times in his portfolio, whether she was publicly speaking, or meeting her many fans.

The colorful and black and white series range from individual and intimate speaking moments, to a large and rather massive accumulation of people holding Time magazine to promote their own views. For the remainder of these political photographs, visit the website here.
1.4
Score
Popularity
Activity
Freshness
Get the 2021 Trend Report FREE