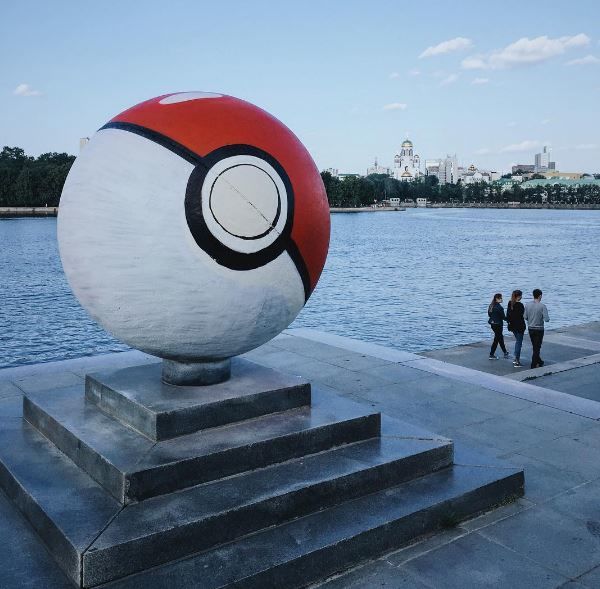 Riley von Niessen — July 27, 2016 — Art & Design
References: buzzfeed & mashable
A granite statue that sits outside of a theater in Yekaterinburg, Russia, was painted by an unknown person to look like a Poké Ball.

While it might be expected that city officials would frown upon such a strange act of vandalism, the mayor of Yekaterinburg is said to have responded to the Poké Ball statue by simply saying "I do not see anything wrong with that."

However, it's possible that his lack of surprise is due to the fact that the statue was previously changed to look like other pop culture phenomenons before, such as Angry Bird. As Buzzfeed reports, the transformed monument follows claims from the Russian Orthodox Church that the Pokémon Go obsession is psychologically damaging to youth as well as other push backs against the release of the game in the country.
6
Score
Popularity
Activity
Freshness